Behind the Ink – Every Tattoo Has a Story

In an era defined by the fragility of behaviors and the liquidity of ideals, in which every choice seems to be made in real time, the art of tattooing imposes itself as a trace of an expanded identity, a symbol of “forever”. The evolution of the craft in recent years unfolds the story of a new anthropological freedom, wherein the personal and the social intertwine. The tattooed body is at once a border and a crossroads between the dimensions of interiority and exteriority, and between aesthetics and self-representation. The tattoo is therefore a consequence of a social system that legitimizes choosing one’s own identity path, making one’s own gender options, and unhinging reality as we are used to thinking about it. As such, Identity is based on materiality; the will to manipulate the body followed by a sequence of actions and their impact.
Behind the Ink – Every Tattoo Has a Story presents a survey of interpretations of the concept of tattooing as it appears in various cultural and subcultural spheres in today’s day and age. Comprising works by Italian and Israeli artists, the exhibition explores the changing functions and uses of tattoos; from their role as an ancient practice linked with one’s identity, to a contemporary object of desire and fascination, and its perception as an artistic creation. In so doing, the works on display reflect not only the artistic dimension of tattooing, but also of the anthropological and sociological values linked with the ink.

In collaboration with the Italian Cultural Institute 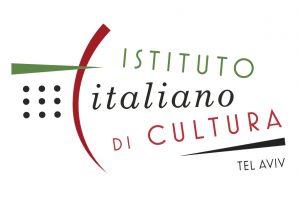