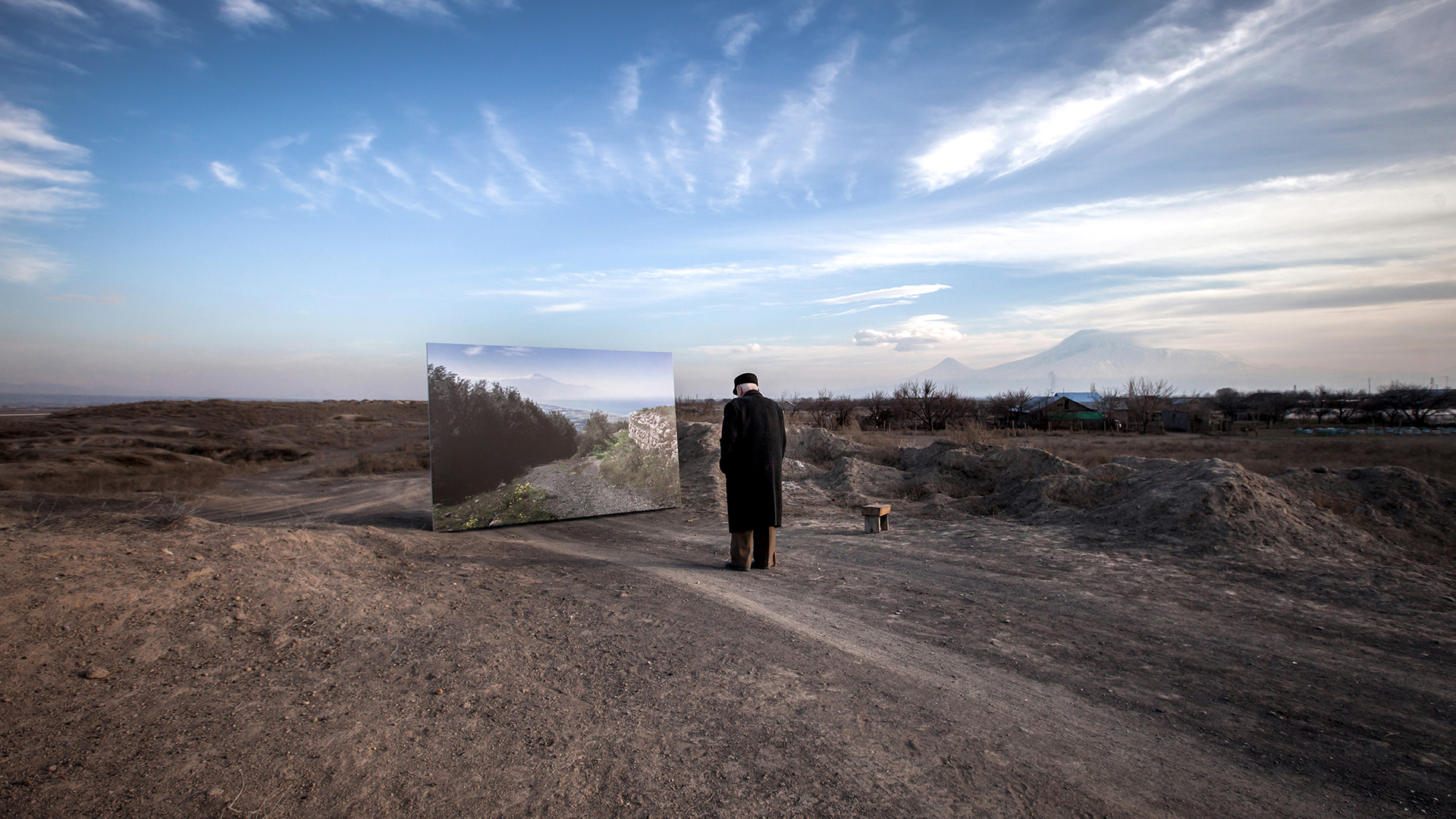 Diana Markosian is an American photographer of Armenian descent. She is known for her collaborative approach to storytelling, which embraces uncertainty as a tool to craft the narrative. Markosian explores themes of family and immigration through a layered, interdisciplinary process that uses video, photography, found images, drawings and historical ephemera. Her work is both conceptual and documentary, allowing her subjects to dictate the outcome of their work. Her work was exhibited worldwide and can be found in publications like National Geographic Magazine, The New Yorker, and The New York Times.

1915 is a compilation of portraits, still lifes, drawings, and archive images examining the Armenian genocide through the eyes of three survivors.
Holding a cane in his right hand, Movses Haneshyan, 105, slowly approaches a life size landscape. He pauses, looks at the image, and begins to sing: “My home, My Armenia.” It’s the first time Movses is seeing his home in 98 years.
A century ago, the Ottomans initiated a policy of deportations, mass murder and rape to destroy the Armenian presence in the Ottoman Empire. By the end of the war, more than a million people, from what is now modern-day Turkey, were eliminated. It was one of the first genocides of the 20th century, one that Turkish authorities deny to this day. Movses and his father survived.

Diana Markosian travelled to Armenia to meet Movses and other survivors and ask them about their last memories of their early home. She then retraced their steps in Turkey to retrieve a piece of their lost homeland and bring it back to them. Upon seeing the image of their native land, the survivors grabbed on, as if by holding the image close, they would be taken back to a place they called home.

In collaboration with the U.S. Embassy in Israel.