This exhibition consists of works from Spanish artist Gloria Oyarzabal’s winning series in the 2019 Meitar Award for Excellence in Photography WOMAN GO NO’GREE. Oyarzabal was anonymously selected by the prize’s jury out of 600 applicants from all over the world.
Gloria Oyarzabal (born 1971) explores the permeation of colonial gender norms in Yoruba and other African cultures. Her project sets out to decolonize feminism, questioning the Eurocentric theoretical frameworks that construct universalistic gender categories.
The ongoing project began in Lagos, Nigeria in 2017. In the work, Oyarzabal combines archival images with her own contemporary snapshots and studio photography. She uses patterned fabrics and exaggerated silhouettes to explore how the gaze of the colonizer refracts the image of the African woman.
Oyarzabal is aware of the complexity of her work with African culture as a privileged white woman, especially in light of the great awareness in today’s artworld to the issue of cultural appropriation.
The subject of cultural appropriation concerns the adoption of elements from a different culture, often an oppressed and disenfranchised one, which are taken out of context, exploited and commodified, and consequently, lead to another form of oppression.
It is worthwhile examining this project in this context as well. Oyarzabal, to her credit, researches and studies the subject thoroughly and thoughtfully, drawing inspiration and using the images that she creates to critique the subject while giving it the respect it deserves.
“The project and the research from which it sprung are an attempt to decolonize my own gaze,” she says.
Empires, by their very nature, embody and formalise difference, both between the metropolis and the colony and between colonial subjects. Imperial imaginary floods popular culture. Gender categories were one kind of bio-logic “new tradition” European colonialism institutionalized in most of African cultures. But there is significant religious and linguistic evidence that before colonization, social practices (division of labour, profession, monarchical structures) were not gendered.
Infantilisation of women as part of Western patriarchal system was also exported with the colonisation of the mind, configuring a state of vulnerability, making the path of dependency propitious. Can we assume social relations in all societies are organised around biological sexual difference? Beauty canon, modernity, stereotypes… Through the work, Oyarzabal seeks to Decolonize feminism questioning the Eurocentric rational theoretical frameworks that construct gender categories in a universalistic manner. 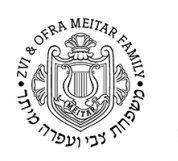