The Gardener focuses on the worldwide phenomenon of urban farming. It features guerrilla farming sites in low-income neighbourhoods in New York, Nairobi, Warsaw and Yerevan. Their residents use their imagination, fantasy and inventiveness as well as all kinds of available reused materials to build structures for cultivation.

The Gardener focuses on the worldwide phenomenon of urban farming, which has a long-established history. In times of prosperity it is regarded more as a leisure activity, but it develops and intensifies in times of food crises. Today, shortages of healthy food have become a global problem that affects low-income communities in both the developing and developed worlds. I visited the city dwellers of New York, Nairobi, Warsaw and Yerevan on four continents. I focused on low-income communities where people act according to their hearts and real needs rather than being prompted by a passing fad. When they create their often guerrilla-type gardens, improvisation is all. The residents of these neighbourhoods make use of what is available – often reusing materials entirely out of context and in truly original ways.

I am particularly interested in the ways one can arrange space and therefore in structures that were created spontaneously for cultivation. In some places they were an expression of group collaboration amongst residents; in others they were an expression of individual imagination, fantasy and the inventiveness of their creators. Surprising similarities between these gardens on different continents show that they might emanate from the collective consciousness of humanity.

The Gardener project was commissioned by the Syngenta Photography Award and was also supported by the City of Warsaw and Sputnik Photos. It was published in book form by Dewi Lewis Publishing in both regular and special editions.

In collaboration with Adam Mickiewicz Institute 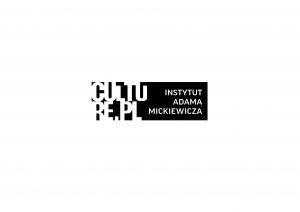