Ohrem-Leclef examines relationships between men across India, offering a glimpse into a local homosocial culture that is rooted in male friendship and love. The project reflects a critical moment for India, at a crossroads between tradition and progress, amidst changing societal norms and in a political climate which threatens both traditional freedoms and marginalized minorities.

“I had this very strong attachment for somebody, and we held hands in a very public place in Calcutta — and it was the most ordinary thing to do, but for both of us it was very different. It was special; it was almost like being there, being visible to everyone but hiding everything.”
Pawan, Calcutta, India, 2017
German-born, Brooklyn-based photographer Marc Ohrem-Leclef spent the past three years documenting hundreds of men across India. His work combines portrait photography with texts from over 100 interviews conducted in eight different languages.
Ohrem-Leclef’s work examines a broad spectrum of relationships between men across many castes and multiple religious backgrounds, all across the country: From formally educated men to farmers, from urban centers to remote traditional villages.
The interviews and images offer a glimpse into the unexpressed spaces of Indian homosocial cultures that are rooted in male friendship and love. It is an ancient culture, shaped by historical ideas of patriarchy, colonial masculinities and contemporary identity politics.
On the one hand, traditional Indian culture tolerates gender and sexual fluidity, and allows for male intimacy in a number of ways, most of which are left unspoken. On the other, the rights of the LGBTQ community in India are still limited. It was only last year that the Indian Supreme Court decriminalized gay sex, previously punishable by a fine and up to ten years’ imprisonment.
Some of Ohrem-Leclef’s collaborators courageously reveal their identities during intimate conversations. They are shown alone, as friends and couples, at home, on the street, or out in nature, sometimes in an innocent friendly embrace and sometimes as partners in love. The project reflects a critical moment for India at a crossroads between tradition and progress, amidst changing societal norms and in a political climate which threatens both traditional freedoms and marginalized minorities.
Ohrem-Leclef’s photographic journey is also a personal one. He is curious and questioning, maintaining a safe boundary between documentarian and friend. The seeds of this journey were planted years ago when, on a photography trip, Ohrem-Leclef met a young man named Amir in a public park in New Delhi. After Amir took his new friend to buy film (Ohrem-Leclef uses an analog camera), as they were riding in a rickshaw, he placed his head on the photographer’s shoulder, hugged him and promised to keep in touch. This connection — which continues today, with Amir now married to a woman and the father of children — left Ohrem-Leclef with a desire to examine this experience, so far removed from Western standards and boundaries.
Throughout the journey, the Western gaze is transformed into a sensitive and non-judgmental documentation of many kinds of love between men, both visible and hidden. The images and stories reveal layers of diverse Indian traditions and cultures alongside the contemporary influences that affect them.
Still, there is much that remains hidden in the images and texts, making this important project all the more powerful as it allows us a glimpse into intimacy and love in a new masculine world. 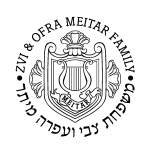