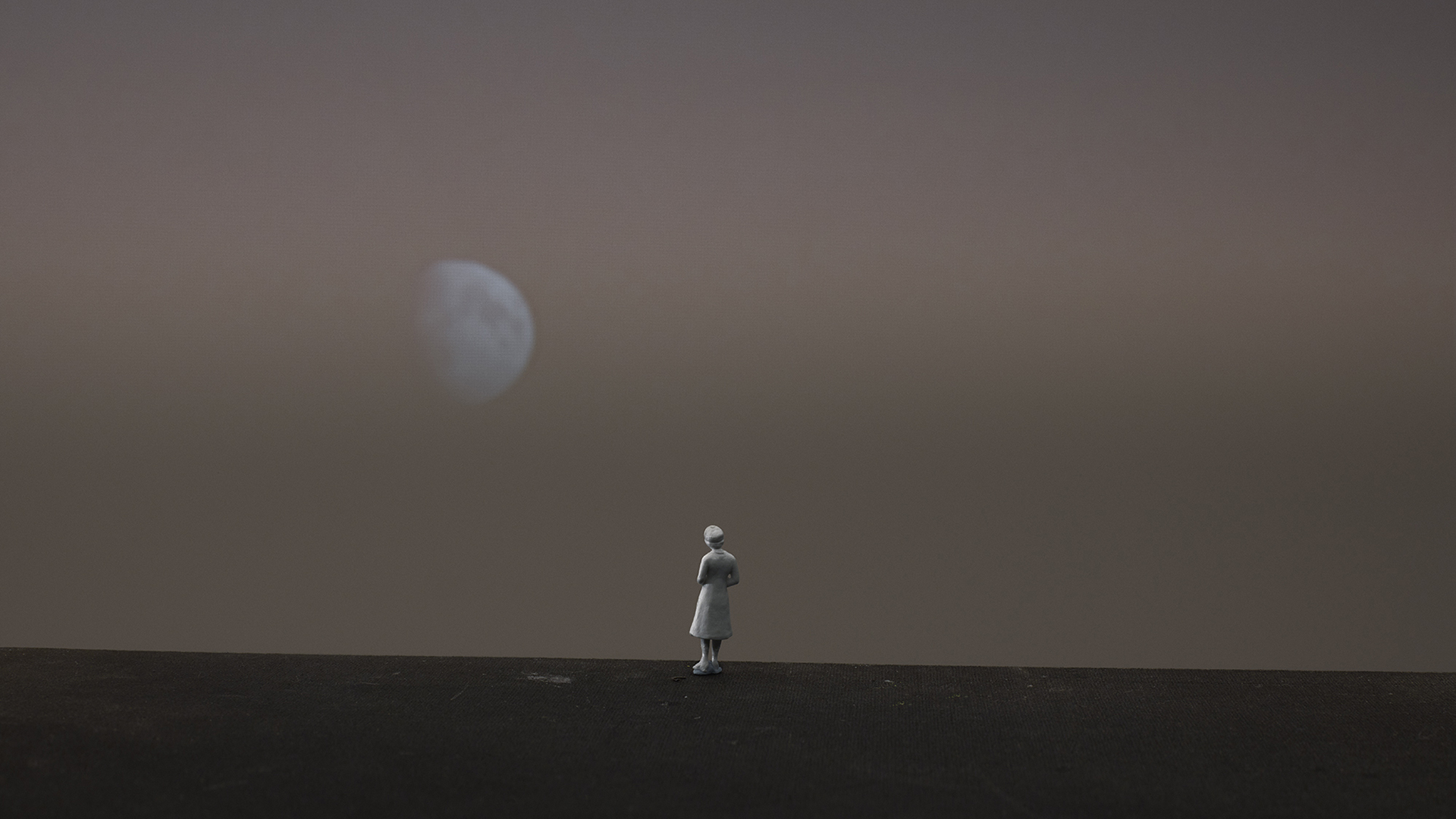 Some occasions or occurrences in my life present themselves in a way that, if not ignored, inform me as to how I tick, what is fundamental to me. What it is I constantly strive to grasp and express. It has the effect of bringing understanding to that that is intuitive.

At the point this lockdown began, I was no stranger to solitude and the effect it has on me and my practice as an artist. When we separated ourselves, I was very aware of the feelings that arose in me from the forced distancing and shocked at how quickly my surroundings, which were until that moment a safe place, became quickly alienating and unsafe to me. Another human being becoming a threat, an enemy, a carrier of a deadly disease. I began thinking about the importance of touch to non-verbal communication and how the lack of it would produce a yearning for connection. My knee-jerk reaction was to go to my studio and riff off these feelings, which I tried but then resisted knowing the knee jerk in my case always results in work of little value.

Weeks later I began again. This is work with the guts of solitude, melancholy and longing which bring up feelings of both beauty and terror.

I think of a quote by Rilke: “Love your solitude and try to sing out with the pain it causes you.” So many feelings are at play and I was aware that in this quiet time there was a much bigger picture playing out, and it will continue to play out in our future.

As a child growing up in Johannesburg, South Africa, we had no TV. I had an electric train set that was made in Germany where my father was born. It was set out on a spare dining room table. No hills or tunnels, just a figure of eight with a station. There were small human figures dotted about, who with my imagination performed many duties depending on how I saw my mini world that day.

These folks performed once again for me here in these photographs and mirrored back at me the feelings of Solitude – Quietude – Contemplation that I felt most strongly in the first days of lockdown. The feeling of the unknown.

This series of work I hope brings up feelings of isolation, distance and contemplation in a viewer as well as a realisation that this time in history is bigger than just this virus. That it holds potential in its invitation to consider that this event is willing us human beings collectively to move towards balancing our indiscriminate use of nature’s resources. This is not a warped reality, it is just reality, and it comes out of man being out of balance with nature.

Nadav Kander is one of the most renowned photographers working today. He grew up in South Africa and has been working in London for many years. A recipient of the prestigious Prix Pictet, Kander has gained worldwide recognition thanks to a series of portraits and landscape photographs, which were exhibited by prominent art venues such as the National Portrait Gallery, London, Palais de Tokyo, Paris, Museum of Contemporary Photography, Chicago, Barbican Gallery, London and more.
Kander chose to debut in the festival two works from a new series he has been working on during the Covid-19 lockdown.