Out of Square | Zuzana Lapitková

It is a syndrome of our times to think that things are not as they seem, or as they are officially presented. Indeed, it only makes it harder to adopt a stand or define something as true. However, many aspects of our lives as humankind have reached the point where there is no time to hesitate. Actions must be taken in regard to our attitude toward the environment, our heading as a society, or our individual needs. The exhibition comprises works by four Slovak artists, who boldly come out with their visions of what is not right in our existence on this planet.

Golden Ratio by Leontína Berková concerns the idea of breeding and striving for perfection. SimulacRaum by Natália Evelyn Benčičová presents her perception of constructed spaces in two possible forms – artificially controlled nature and urban structures transformed into organic forms. Pretending to Be at Home Among the Ruins of Your House is the second part of a long-term project by Karin Golisová that highlights the clash between the majority’s approach to housing and utopian concepts of squatters, and One Day Every Day by Zuzana Pustaiová mocks the general imperatives of the modern lifestyle when confronted with reality.
These strong statements are supported by their means of display, in an installation that brings the artworks out of the squares of the installation panels.

In collaboration with the Academy of Fine Arts and Design Bratislava 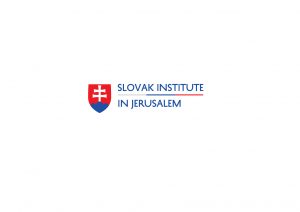