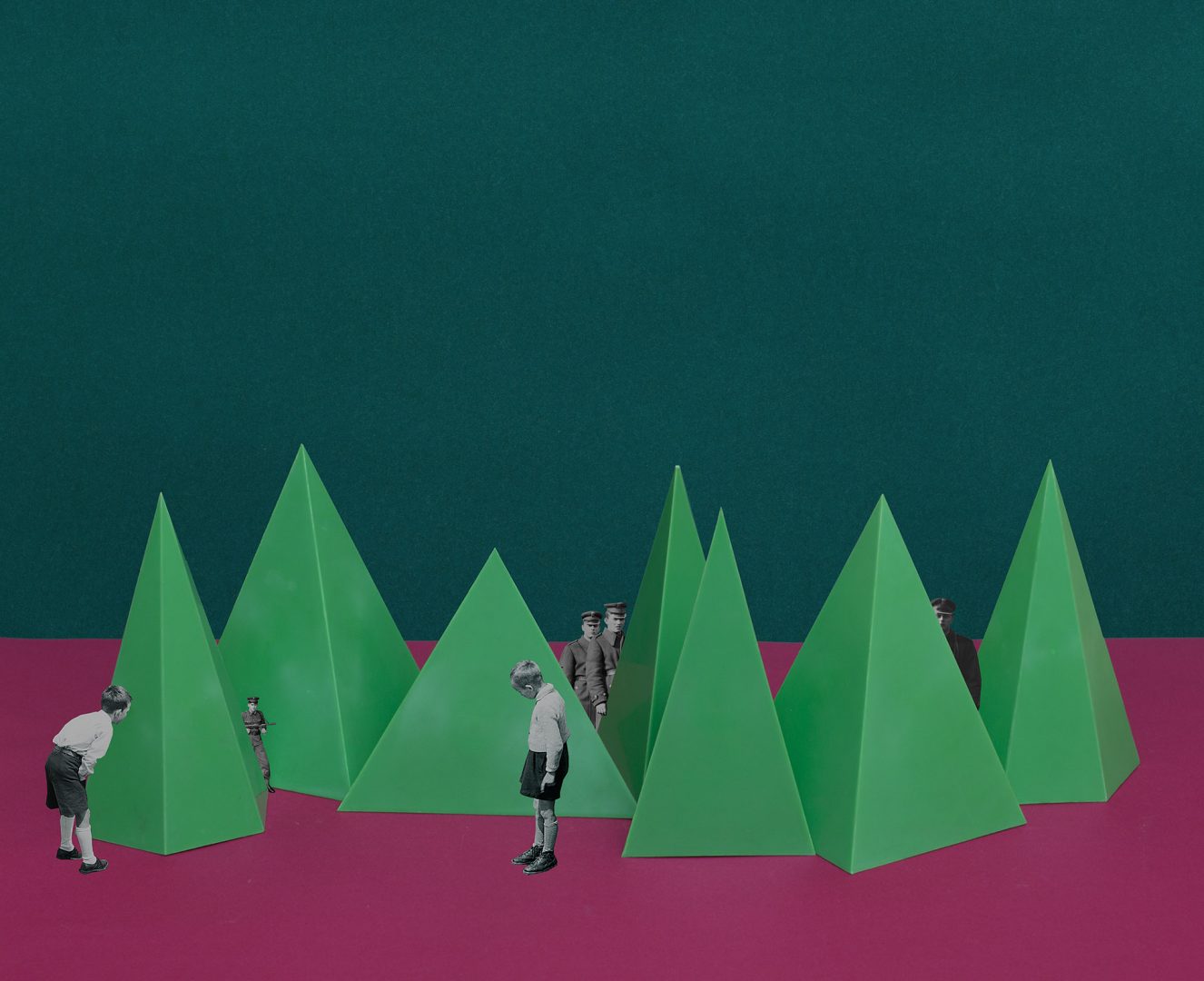 Rafał Milach (b. 1978, Poland) is a multidisciplinary visual artist. His works have been widely exhibited worldwide and he is the recipient of many awards, among them a Finalist of the Deutsche Börse Photography Foundation Prize 2018 and winner of the World Press Photo competition.

Milach’s work focuses on topics related to the transformation in the former Eastern Bloc. He is co-founder of the Sputnik Photos collective and  an associate member of Magnum Photos.

The First March of Gentlemen is a fictitious narration composed of authentic stories. Historical events related to the town of Września came to be the starting point for reflection on the protest and disciplinary mechanisms. In the series of collages, the reality of 1950s communist Poland blends with the memory of the Września children strike from the beginning of the 20th century. This shift in time is not just a coincidence, as the problems that the project explores are universal, and may be seen as a metaphor for contemporary social tensions.