For generations, the lives of the women in Weronika Woźniak’s family followed a strict linear trajectory: Childhood, youth, marriage and motherhood. To her, it almost feels as though a nesting doll has opened to reveal her copies. “Someday I’ll become the next layer of the doll’s shell,” She says. “What if I’m empty inside?”

Matrilineal is an attempt to make sense of the experience of generations of women whose lives as individuals became invisible once they became mothers. It’s a parallel world in which the artist accepts the roles imposed upon women while retaining her own identity. Using her family albums, she manifests her own figure as a mother and a child in order to give herself an idea of motherhood, without having to fear the role.

In her artwork, Woźniak deals with female identity and traumatic experiences, creating self-portraits which allow her to retain control over certain situations and relationships. Her rituals of creating parallel worlds combine a performance for the camera and the use of archival materials. In her current work, she transforms the grief over the death of her husband into images of lost, incurable memories and unspoken emotions.

In collaboration with the Polish Institute 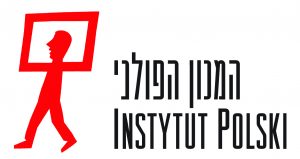